Invest in our future, not in pipelines. Canada needs a green reform.

I firmly believe that Canadians have the fundamental rights to fresh air, clean water, safe food, and a stable climate, and that we can fulfill these rights while at the same time growing a strong economy. I also believe that Canadians should be given the legal right to a healthy and ecologically balanced environment. We all have a responsibility to reduce our carbon emissions targets and that means investing in transitions for energy workers toward a future in sustainable energy and moving away from the fossil fuel industry altogether.

In 2007, Kinder Morgan spent $550 million to buy the TransMountain pipeline. Now that Trudeau has spent $4.5 billion in public dollars to buy the pipeline, the shareholders of Kinder Morgan are guaranteed a 9x return.

It’s now everyday people living in Canada who will assume all the environmental risks and all the financial risks.  The lack of transparency is breathtaking.  There was no mention of this in Budget 2018 --- the cost to taxpayers does not end there. Canadians do not know how many more billions it will cost to build this pipeline.  This $4.5 billion cheque does not guarantee one job in the energy sector for British Columbians.  It doesn't even get the pipeline built.

What's more, the $4.5 billion doesn't cover any of the clean-up cost when there is a leak. There is no known science to clean up the diluted bitumen.  That means all the cost of a clean-up will be on the backs of Canadians.  Damage to the land, ocean, wildlife, not mention fisheries and the tourism industry, would be detrimental and long lasting.  Future generations will have pay that price for years to come. Imagine if that public money had instead been invested into greening our economy.

There is a saying that we borrow the earth from our children. If we do not take climate action now, it will be the next generation who will bear the full consequences of our inaction. I agree that Canada cannot afford to stall on climate action. We need to take action now.

I know that the people of Vancouver East do not accept the status quo. Just this past February, hundreds took to the streets once again, this time in protest of the National Energy Board's decision to recommend approval for the Trans Mountain Pipeline Expansion.

This decision was made even though the NEB admitted that:

3) if a spill were to occur, "the environmental effects would be significant."

And the movement against the Kinder Morgan/Trans Mountain pipeline expansion is part of a growing movement in Canada and around the world working for legal recognition of the human right to a healthy environment. 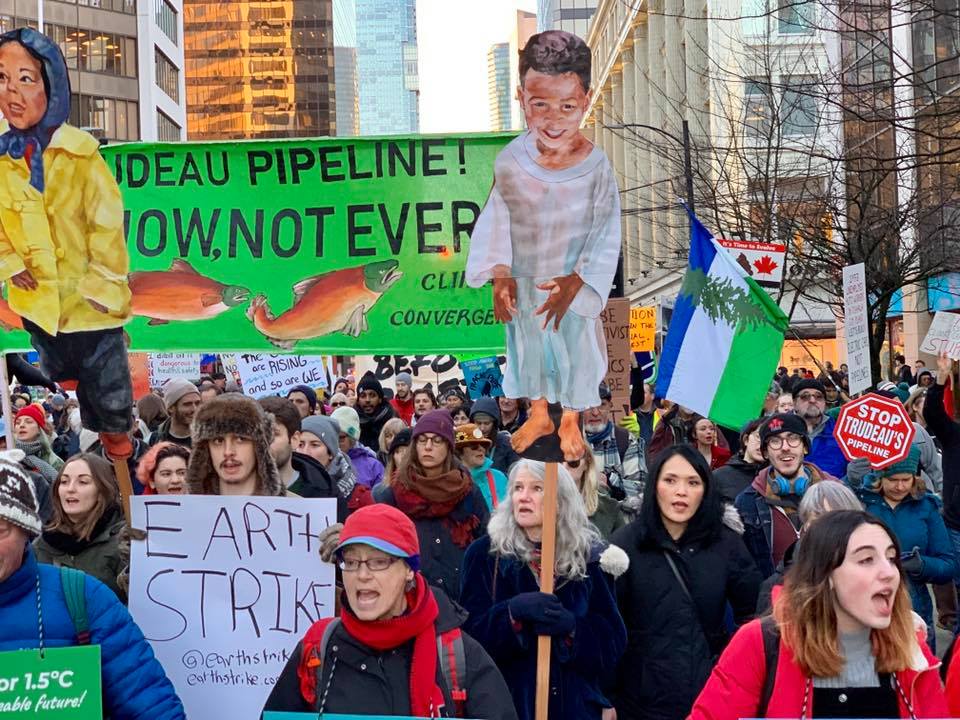 Time for the NDP’s Environmental Bill Of Rights.

The Bill of Environmental Rights enshrines the rights to access environmental information, to participate in environmental project reviews and decisions that impact the environment, and to have standing in the courts to hold the government accountable in their duty to protect the public trust.

We can take climate action now.