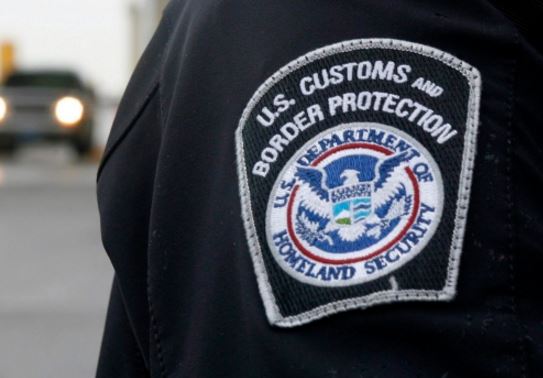 The federal NDP immigration critic along with the party's critic for public safety is calling on the Liberal government to intervene after learning that U.S. border officials revoked a Nexus card from a Canadian citizen with a "Muslim-sounding name" in the wake of the Trump administration's second partial travel ban.

"Many have expressed concern that racial profiling is a contributing factor in these events. We share these concerns," Jenny Kwan wrote on Monday in a letter obtained by CBC News.  "What is of equal concern is the fact that it appears the Canadian government is not taking any action in response to its citizens being prevented from free travel into the United States when there is no evidence of any justification."

The letter, penned by Kwan and co-signed by public safety critic Matthew Dubé was sent to Public Safety Minister Ralph Goodale and Immigration Minister Ahmed Hussen in response to a story published by CBC Toronto about a man who believes his Nexus card was revoked because of the cultural connotation of his name.

When CBC Toronto contacted Goodale's ministry and the Canada Border Services Agency late last week, neither would say whether Canada would review the U.S. appeals process, which governs a revoked Nexus card.

Goodale's press secretary, however, said Monday that it was "irresponsible for Ms. Kwan to suggest that" those who have had their Nexus card were "prevented from free travel" to the U.S. as they are still permitted to do so.

The man is a citizen of Canada and Pakistan. He visits family in the U.S. two to three times a year, but he lives in Toronto, and works in law enforcement.

CBC has agreed not to name the man or his employer, because of his concerns that telling his story could cause personal or professional repercussions.

He was first awarded the Nexus trusted-traveller card in July 2014 after passing a rigorous screening that includes checking an individual's travel patterns, work history and whether they have pending charges or criminal convictions. He underwent further security checks for his work in law enforcement, he told CBC, and said he wasn't contacted at either time about any security concerns.

The man has not had previous issues using his Nexus card. The special clearance allows pass holders to go through a preferred-screening line and bypass the general security lines at certain points of entry between Canada and the United States.

But days after he returned from a trip to Saudi Arabia on June 30, he received an email from U.S. Customs and Border Protection that his Nexus account status had changed.

When he looked into what that meant, he found that his membership had been revoked.

He told CBC he'd had no concerns about travelling following the implementation of the ban on June 29 — which prevents most visitors from Iran, Libya, Somalia, Sudan, Syria and Yemen from entering the U.S. for 90 days — because, as a Pakistani and Canadian citizen, he has no connection to any of the affected countries.

Those nations, however, are predominantly Muslim, and the Toronto man believes that he may have been targeted because of his name.

Others with Muslim-sounding names have also had their trusted-traveller cards recently revoked, a Toronto lawyer told CBC.

Kwan called on the Canadian immigration and public safety ministers to immediately respond to the recent cases of alleged profiling, which she said also include hours-long interrogations at the border.

"It is now incumbent upon you to explain why, despite multiple conversations with your American counterparts, these border stops and Nexus revocations continue to occur," Kwan wrote. "These worrying trends warrant clear answers given your government's promise to be open and accountable and to defend human rights."

But Scott Bardsley, the press secretary for the public safety minister, said that there are many reasons why a Nexus card may be revoked, noting that an average of seven cards were rescinded each day in 2015-2016.

"Any traveler who feels their card was wrongly revoked can use the appeal process of the country that revoked the card," he said in an email.