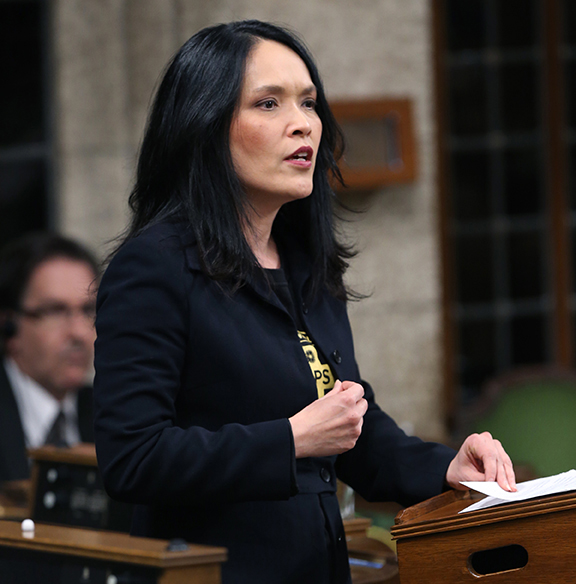 Mr. Speaker, there is no doubt that the opioid crisis unfolding right now in our communities, big and small, right across Canada, is nothing short of a national emergency. The suffering and damage this crisis is causing, not just in Vancouver's Downtown Eastside, the epicentre of the crisis, but in Vancouver East and cities across British Columbia and Canada, is absolutely devastating.

I am very grateful for the Herculean efforts of first responders, front-line workers, medical practitioners, family members, advocates, and activists who have and are continuing to work tirelessly to save lives in the midst of this terrible crisis.

It was noted by Dr. David Juurlink, head of clinical pharmacology and toxicology at Sunnybrook Health Sciences Centre in Toronto, that the number of overdose deaths across Canada has vastly outpaced the toll during the 2003 SARS crisis that gripped this country and was declared an emergency by the Ontario government. He stated, “Forty-four people died of SARS. We lose 70 people a week to opioids in Canada”.

Still, the federal Minister of Health has refused to declare this a national health emergency.

From the beginning of 2016 to October 2016, 338 Albertans died from an apparent drug overdose related to opioids. Fentanyl was involved in 193 of them. Two Ontarians die from opioid overdoses a day. An average of 79 people die of drug overdoses every year in Montreal. If this is not a national health emergency, I do not know what is.

Today I am here once again urging the government to do what is right and what is necessary: declare a national public health emergency. Let us remember as we debate Bill C-37 that people in communities across the country are still dying.

Bill C-37 came on the heels of an announcement by the B.C. government, which was no longer willing to wait for federal approval and decided that it would take “the extraordinary measure” of signing a ministerial order making the provincial operation of temporary overdose prevention sites legal.

For those who want to put up roadblocks to harm reduction initiatives, including supervised injection facilities, I say this. It has been more than a decade since Insite, the first supervised injection facility in North America, was established. There has not been one single overdose death in that facility. Insite has saved countless lives. It has reduced the spread of diseases. The evidence is clear, and it is irrefutable.

Van East led the way, and I am so proud of the progressive forces and the movement in a community that cares so deeply that it took this issue and drove it until we had the first supervised injection facility in North America.

I still recall vividly the imagery of 1,000 crosses planted at Oppenheimer Park in our community, what we call the killing fields. Each one of those crosses bears a name, the name of a person who somebody loved in our community, a daughter, a son, an aunt, an uncle, somebody's child. I still recall how family and friends came together and mourned those preventable deaths. It was a call to action, and we drove the issue and eventually Insite was established.

It is sad to me that despite this irrefutable evidence-based outcome, there are still those who want to block this critical health measure.

The former government took every step possible to undermine the work of Insite. Even after the Supreme Court of Canada's 9-0 decision that ordered the government to exempt Insite from prosecution, stating clearly that the government cannot close Insite because of its ideology, the Harper government passed Bill C-2, the ill-named Respect for Communities Act, which introduced near insurmountable barriers to opening new supervised injection sites in Canada. The roadblocks have been widely condemned and no doubt have contributed to preventable deaths.

After more than a year of foot-dragging, thousands of overdoses, and hundreds of needless deaths, the Liberal government today is finally bringing in measures to address the ideological relic of the years past.

While I support Bill C-37, to be clear, I would much rather that the bill was about repealing Bill C-2. Nonetheless, this is a move in the right direction. It is a step forward, so I am here to support it.

Bill C-37 has to get through the House, then it has to be sent to committee, then has to go to the Senate. It will be some time before the bill passes. I want to applaud my colleague, the member for Vancouver Kingsway, the NDP's critic for health. His proposal to try to get the bill through all stages as quickly as possible, sadly was rejected.

Many concerned citizens and organizers are so frustrated by the glaring absence of substantive action on this that they have felt compelled to act unilaterally with pop-up supervised injection sites. Extraordinary times call for extraordinary measures. This is a testament to those individuals' courage and dedication to saving lives in our community.

Let me take a moment to thank them and acknowledge the numerous volunteers and activists; the leadership shown by Ann Livingston and her peers at VANDU; Sarah Blyth, the former Vancouver Park Board chair; and many others for their incredible dedication and caring. Were it not for their efforts, I can say with confidence that many more people would have died.

In going forward, as we wait for Bill C-37 to become law, what action can be taken to save lives? Let me start with a shout-out to all the tireless first responders for their incredible efforts.

I heard first-hand from firefighters about their experiences in this crisis, particularly from those men and women at Fire Hall No. 2, with the incredible overload of calls that came into that hall and the stresses firefighters had to face each and every day as they had to witness death. Imagine that as their work every single day.

It is not limited to Fire Hall No. 2 in my riding. In fact, all the other fire halls in my community across East Van have had an increase in calls with respect to overdose challenges and issues. I heard from firefighters who told me that during their shifts, sometimes they would have two, three, four, or more calls to go out and try to save lives. That is what they are faced with. Imagine the stress.

The BC Coalition of Nursing Associations hosted an emergency forum on the nursing response to the opioid crisis. Like so many, they are devastated by this medical health emergency, and they themselves are suffering from stress, trauma, and exhaustion. All first responders, nurses, health care workers at emergency rooms, and front-line workers with NGOs are overextended, and they deserve our support.

While the Minister of Health said that the Liberals would take action and provide support to first responders, we are still waiting. Let us get on with it.

I want to say that we need to do much more. We need to move to a longer-term resolution. Real effort needs to be made to provide addiction treatment. For some, traditional treatment works; for others, not so much. We need to move forward with providing treatment that deals with the addiction, including opioid prescriptions and opioid substitutes. The goal of stabilizing people and getting them away from the illegal market saves lives.

We need a comprehensive approach so that we can move forward once and for all and save lives.