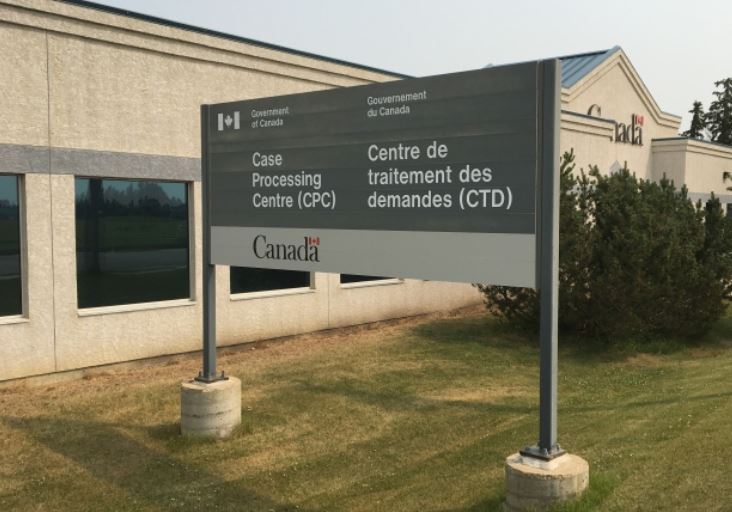 The mayor of Vegreville, Alta. says he's been given new energy in his battle with the Liberal government over the planned closure of an immigration and refugee processing centre.

Conservative and NDP MPs have pledged to unite in their efforts to aid Mayor Myron Hayduk's cause.

The federal government plans to move the centre from Vegreville to Edmonton in 2018 and take about 230 jobs with it.

"This is kind of like the third wind we got," said Hayduk. "For the town, for council, this has given us a great boost."

Kwan, the NDP critic for immigration, refugees and citizenship, has written a letter to Immigration Minister Ahmed Hussen about the Vegreville closure. She calls for Hussen to reconsider moving the centre.

"The decision to close CPC Vegreville is wrong," writes Kwan, the NDP critic for immigration, refugees and citizenship.

"The community stands ready to work with you. I respectfully urge you to listen to its many, many voices and to reverse your plans."

What's happening in Vegreville could happen in any rural community in Canada, Kwan said during her visit to the town 100 kilometres east of Edmonton.

Hayduk said the fight is not only for Vegreville, because other towns and cities are also concerned about losing federal government offices.

"I don't have positive proof of it but the intent is to remove federal offices from rural Canada," he said.

'This will not kill us'

Losing the centre will have a big impact on Vegreville, the mayor said. He foresees economic and social costs for the town of 5,700.

"Vegreville is a very strong community," Hayduk said. "This will not kill us. It's going to cripple us a little bit, but we'd be getting back on our feet."

Immigration centre employees who decide to continue living in Vegreville but commute into Edmonton will be adding two hours of travel time to each workday, he said.

During a visit to Edmonton in May, Prime Minister Justin Trudeau stood by his government's decision to relocate the centre to Edmonton.

"This is something we need to do to ensure the continued high quality of services that Canadians expect from their government," Trudeau said at the time.