There’s nothing more Canadian than caring for the elderly and caring for children.

Foreign workers coming to Canada through the previous “Live-In Caregiver Program” or current Caregivers Program – are most often, women of colour from developing nations.  They come to here to care for our families under the promise that they will eventually be able to stay in Canada and bring their families here.

This immigration policy breaks up their families in order for ours to be cared for. Successive governments have shown them an unacceptable level of disrespect by adding more hoops to jump through to qualify for PR, and to allow for application backlogs to grow to at one point over 50,000. I have heard far too many heartbreaking stories of mothers who have missed their own children’s birthdays, graduations, and Christmases; who have had their marriage break down because of the separation; and who have been left in limbo for years because the Harper and Trudeau governments have failed to what is right – provide them permanent resident on arrival.

Just imagine what life would be like for you if you had to be separated from your own children for more than 6.5 years while caring for the children of another family, in a different country. Yet, this is the story for thousands of caregivers in Canada.

On July 20, 2017,  I met Jocelyn Godroy.  Jocelyn made the hard decision to leave the Philippines to seek better opportunities for her family. She came to Canada as a live-in caregiver in 2004. Prior to coming to Canada, she worked in Hong Kong as a domestic helper for 4 years. She was separated from her children for 13 years.

When she left the Philippines her eldest daughter was 16; her second daughter was 13 and her youngest son was just 9. Jocelyn suffer the heartache silently as she did not see her children grow up. She missed their birthdays, graduations, and communions. She can’t even be by their side when they were sick. On top of that, her marriage has ended and all she ever wanted was for her children to have better opportunities.

With courage and conviction, Jocelyn spoke up and spoke out.  At a press conference in Toronto, Jocelyn told her heartbreaking story publicly for the first time. With ongoing advocacy with many allies, together we were able to get the Minister of Immigration to change the policy with processing times. On December 3, 2017, in his announcement about the change in average processing time for caregivers to 12 months, the Minister cited Jocelyn’s heartbreaking story.

I acknowledge that this is better than the average time period of 7 years in separation, it remains that caregivers will be separated from their families for at least 3 years before they can be reunited. 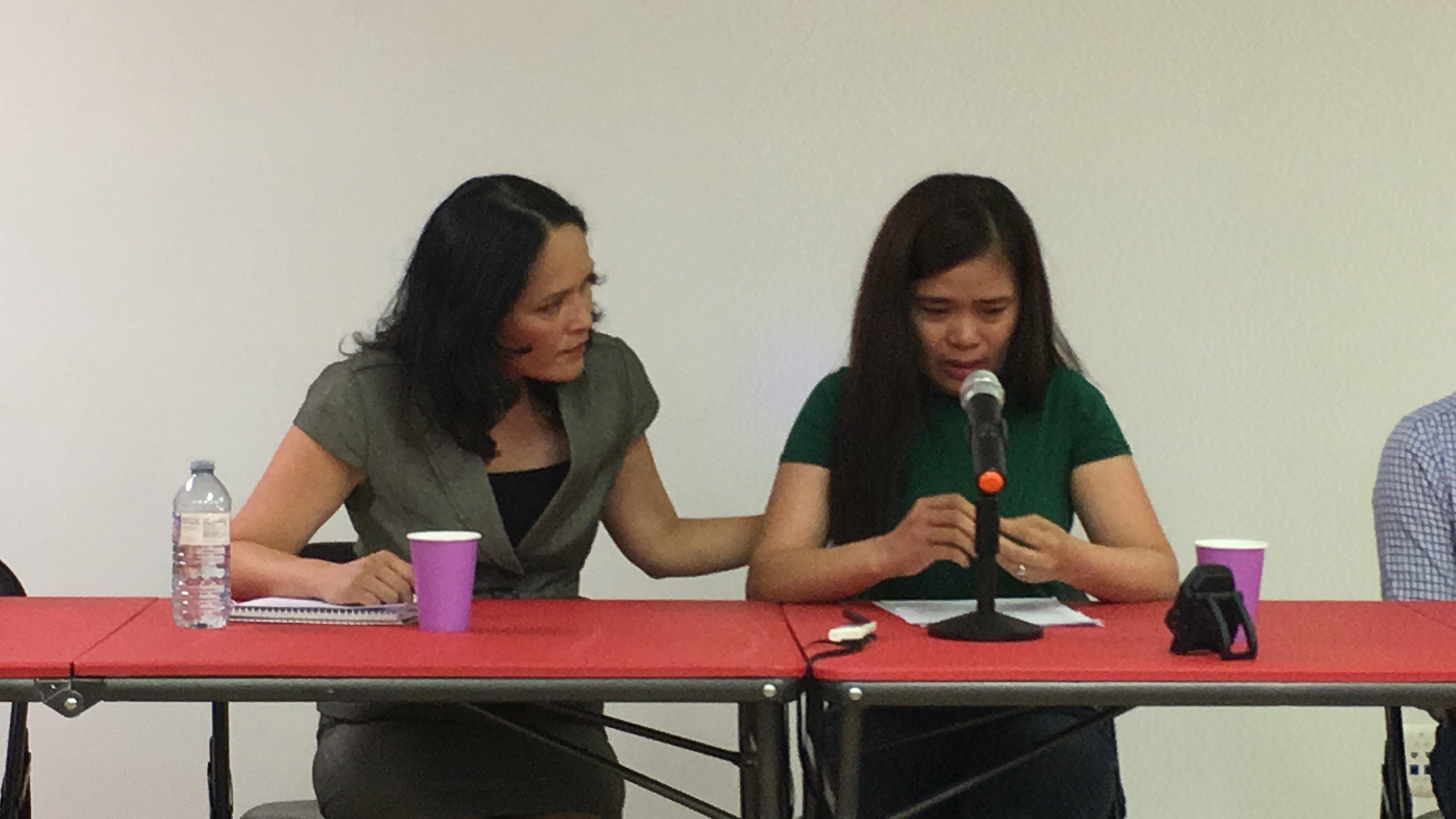 The Minister of Immigration, Refugees, and Citizenship quietly announced that the current iterations of the caregiver immigration stream would be ending in November 2019. He promised consultations for the development of a replacement program. I was deeply disappointed with the lack of transparency on the consultation process and the lack of transparency regarding when a new program will be announced. It is my hope that the Minister has heard the stories I have brought to his attention over the course of this Parliament and that he will finally agree: the injustices faced by caregivers needs to stop.